Two fragrances are better than one 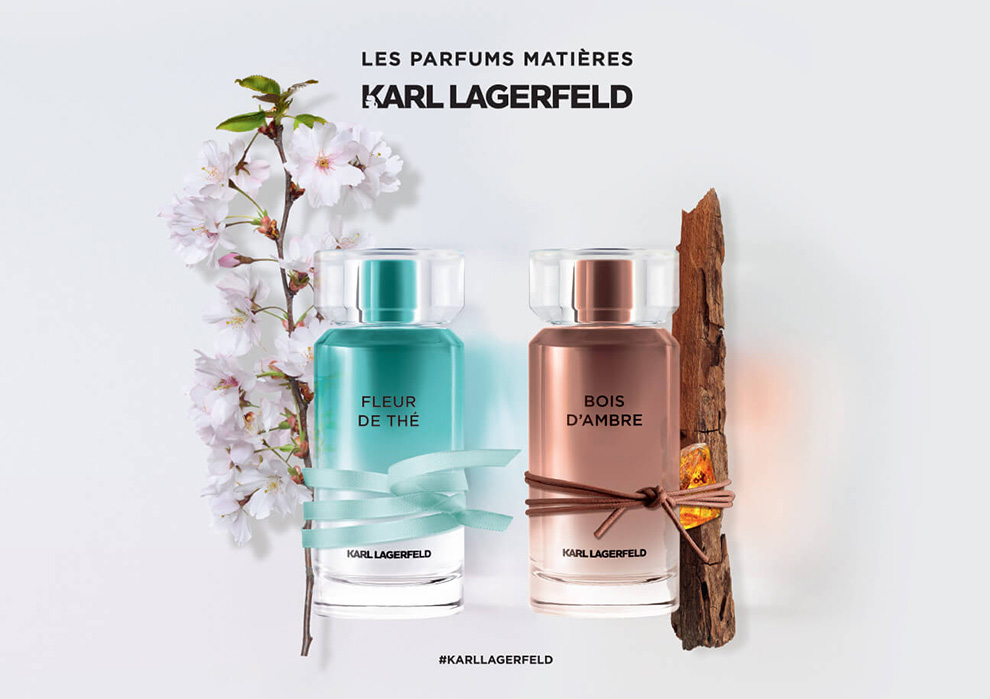 The Les Parfums Matières collection by Karl Lagerfeld welcomes another duo with two new ingredients: tea flower for her and amber wood for him. This fragrance couple, consisting of one Eau de Parfum and one Eau de Toilette, plays on the contrasts between hot and cold.

One presents the striking freshness of citrus notes, joined by the subtle and delicate femininity of green tea with white flowers. The other sees the aromatic woody character of clary sage combined with precious amber and Tonka bean. Both are housed in the same refined minimalist cylindrical bottle as every fragrance in the collection, now recognised as the range’s signature showcase. This new feminine-masculine duo completes the three existing couples (Fleur de Pêcher and Bois de Vétiver; Fleur de Murier and Bois de Yuzu; Fleur d’Orchidée and Bois de Cèdre).

At the heart of each creation is the material, which, both in perfumery and in fashion, is the most essential component. From its initial raw state, a simple ingredient – a flower, wood, fruit or spice – is shaped according to the perfumer’s will. It is transformed into something unique, a couture item worn on the skin itself.

Designed as two exceptional pieces, the trails of Fleur de Thé and Bois d’Ambre converge in the wake of the legacy left by couturier Karl Lagerfeld.